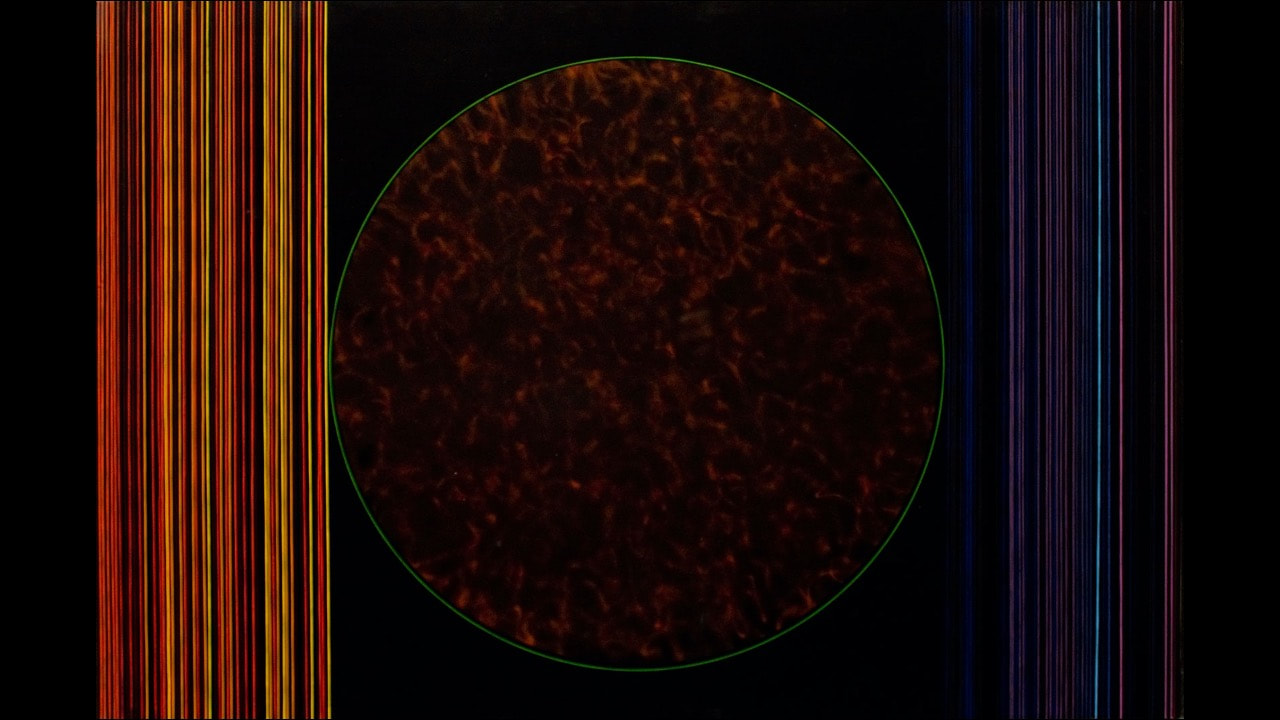 Ralph Hotere - Untitled (study for National Bank Mural) Hotere's Untitled (study for National Bank Mural) was painted in the same year as was his monumental commission for Founders Theatre in Hamilton and belongs to the Requiem series which was produced from 1973 to 1975. Starting out as an exercise in visual harmonics that had its roots in his Black Paintings of the 1960s, the series would develop to include stencilled text and distressed line and texture. While the death of the artist's mother, Anna Maria, is considered to be the impetus for the series, the grief that was so central to the works would evolve to have a universal relevance.

The work is the result of a long, rigorous process that involved a sprayed layer of undercoat, two layers of black overlaid, hand-painted coloured detail and a transparent topcoat. Hotere's aim was to create a work that was totally impersonal, where the artist was removed from the picture plane and the viewer's reflection was projected back at them in a cold, ascetic manner. And while Untitled (study for National Bank Mural) can be considered to be redolent of American minimalism of the 1950s, where practitioners such as Barnett Newman and Ad Reinhardt made works that had no meaning beyond their immediate physical properties, the vacuousness of this work carries with it a distinct set of conceptual concerns with which the artist has engaged throughout his career.

Hotere's friend and colleague, Hone Tuwhare, refers to this void as a 'visual kind of starvation'. The colour black is ubiquitous in Hotere's work and the allusions included here, to cycles, harmonies and perhaps even music, help to provide some understanding of its function, within both this work and the artist's wider practice. So too does the velvety, mottled texture, contained within the central circle that emulates the silent lick of a flame. While the death of the artist's mother is a deeply personal event, there is recognition within the work that, at the same time, grief is something that everybody will experience. Like global anthems, grief, melancholy and desolation are things that we all understand. Untitled (study for National Bank Mural) is utilitarian in its aims and speaks of a common thread that both binds us together and connects us to our past. On the verso side of this work, a handwritten note by the artist dictates that this work was intended as a study for a much larger work that should be completed on a series of panels and then attached to the wall so that they sit flush against its surface.

​The artist's intention to develop Untitled (study for National Bank Mural) into a mural suggests that the work's repeated line was intended to weave it's way into the fabric of the world. What is truly remarkable about the brolite works of the early part of Hotere's career is that they are able to penetrate to the very heart of human nature while never emitting anything more than a quiet, tonal hum.
​
CHARLES NINOW